Sekira is one of the secondary characters of Half Inch High, and one of Alice's bully friends. She is 5' 7'' (175 cm) tall, and she is a senior at her high school. Her birthday is on January 25th. 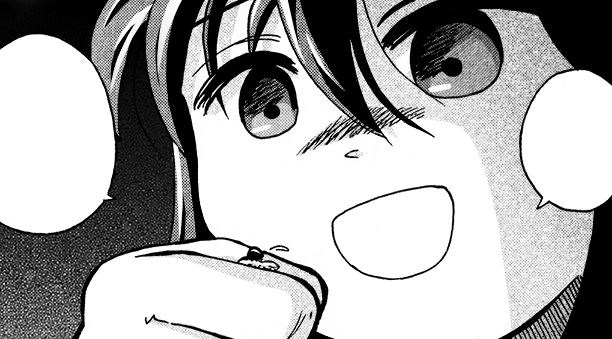 Threatening a micro student into not revealing the truth about the murder of another student.

This girl is a borderline psychopath who actually likes harming tiny people for fun regardless of their gender, age, etc. And, despite trying to hide this side of her personality as best as possible not to incur penalties (or worse, be arrested), pretty much everyone in the school (particularly among the micro students) is aware of, or at least suspects, what is really going on in her mind. Because of this, even most of the normal-sized students try to avoid her; indeed, her only friends are Alice and another girl who share the same passion for being naughty to smaller people.

As an obvious consequence, every single micro student in the school runs away when she's in sight: she has already killed many of them (mostly by ripping their limbs off or otherwise dismembering them), though she has always been able to escape punishment because of lack of evidence.

She once met Saya and immediately tried to kill her, failing in doing so only because she was stopped right before throwing her out of a window by another student (Saya's Little Adventure); she also met the girl Alice kidnapped when Alice herself showed her to her two bully friends, but again failed to torture, and later kill, her because a series of circumstances foiled the three girls' plans (Kill The Witnesses). She finally got her first kill when she mercilessly crushed a guy named Ryu (a member of Mai's micro student council) under her foot in an attempt to get Mai to give up on her idea to install security cameras in every classroom (Just A Plaything).

The strips in which Sekira stars as the main character are boldened.