Ogasaki Mai is one of the main characters of Half Inch High; she is a seniot at her high school, and also the representative of the micro student body. She is 0.43' (11 mm) tall, and her birthday is on September 5th. 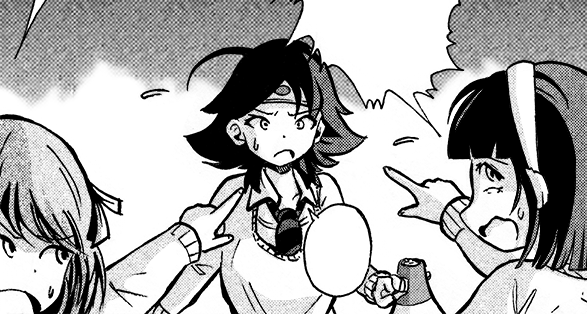 Mai's friends betray her when it is clear they could be killed for supporting her.

Being the representative of the micro student body, Mai is an advocate for tiny people' rights, and she is known in the whole school for loudly asking for respect in the corridors every morning; she likes reading, has a passion for singing (more like shouting), and strongly dislikes people who disrespect micros—but mainly those very micros who do not stand up for their own rights. But since the school is mostly made of people who hardly care about the quality of life of their smaller counterparts, most are annoyed by her sermons, though they are rarely outspoken about it because, in the end, they simply do not care about what is going on below their ankles. Because of her activities and her position in the micro student council, Bunny, Nana, Alice and many other students know her very well, though most of them generally try to stay uninvolved in all of her fights for more rights.

She does not necessarily hate the bigger students, though she is aware that the majority of them will not care in the slightest about micros and their well-being, which has resulted in her acting bitter toward them most of the time. Indeed, her spirit has been crushed hugely after Alice threatened to undress her and forced her to go against her own ideals once (The Micro Student Representative), though it seems that she is slowly getting back into action after that one incident. She was also later toyed with by Alice's bully friend, who pretended to step on her after killing some of her colleagues from the micro student council in order to discourage her from installing security cameras in the school (Kill The Witnesses). 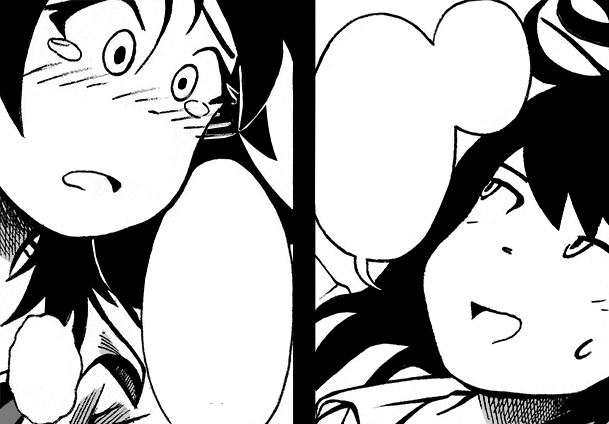 Mai and her senpai.

Being a micro herself, and being the representative of the micro student body, she is very respected by her own kind, and many tiny students will ask her for help whenever they find themselves in trouble while at school—yet very few of them actively help her in her campaign against the constant bullying that takes place in the building every single day, which results in her being fundamentally alone in her battle despite every small kid more or less supporting her; even her own micro student council are quick at turning their back on her (Just A Plaything).

One micro person she particularly respected, her senpai who was also the former representative of the micro students at Mai's school, was brutally killed in front of her own eyes because a normal-sized student, a first-year girl, taped her to the floor, which led her to be stepped on by a third girl soon after (Four Years Ago). Because of this, she acquired the will to fight for the rights of those like her, and was eventually elected president of the micro student council—a position she still holds.

The strips in which Ogasaki Mai stars as the main character are boldened.