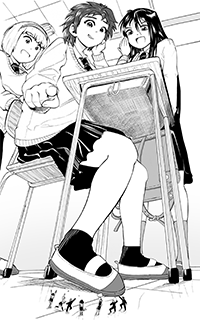 Half Inch High is a series of self-contained manga strips set in a narrative world in which normal-sized people live together with minuscule, bug-sized individuals. 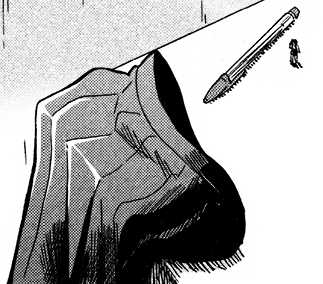 Saya (upper-right corner) next to a pen and her sister's skirt, highlighting her small size (0.33' / 8 mm).
The world population is divided in two classes: the normal-sized people and the tiny ones, who are small since birth and whose height rarely goes beyond 0.5 inches (1 cm). The two types of people do not however form separate species: in this world, being born small is a recessive genetic trait typical of the human species much like blonde hair or blue eyes in the real world. This means there is a one fourth chance a couple of normal-sized parents could give birth to a micro-sized child (as is the case for Saya, who was born into a normal-sized family), as long as both parents carry the micro gene; on the other hand, two small parents can only ever give birth to an equally small son or daughter. Mixed couple are rare but possible, and in a few cases some women have in fact become mothers of children that they had had with a much smaller man (which is clearly the main way the recessive micro gene could get in the DNA of a normal-sized person).

As micro people have been a thing since forever, coexistence between the two kinds of people is mainly peaceful, meaning that there are no wars or any other big conflicts going on between them in most parts of the world, where the tiny ones are actually an active part of society; however this does not mean that everybody is necessarily accepting of them, and even in the most advanced countries it is possible to find people who are actively discriminating against them. 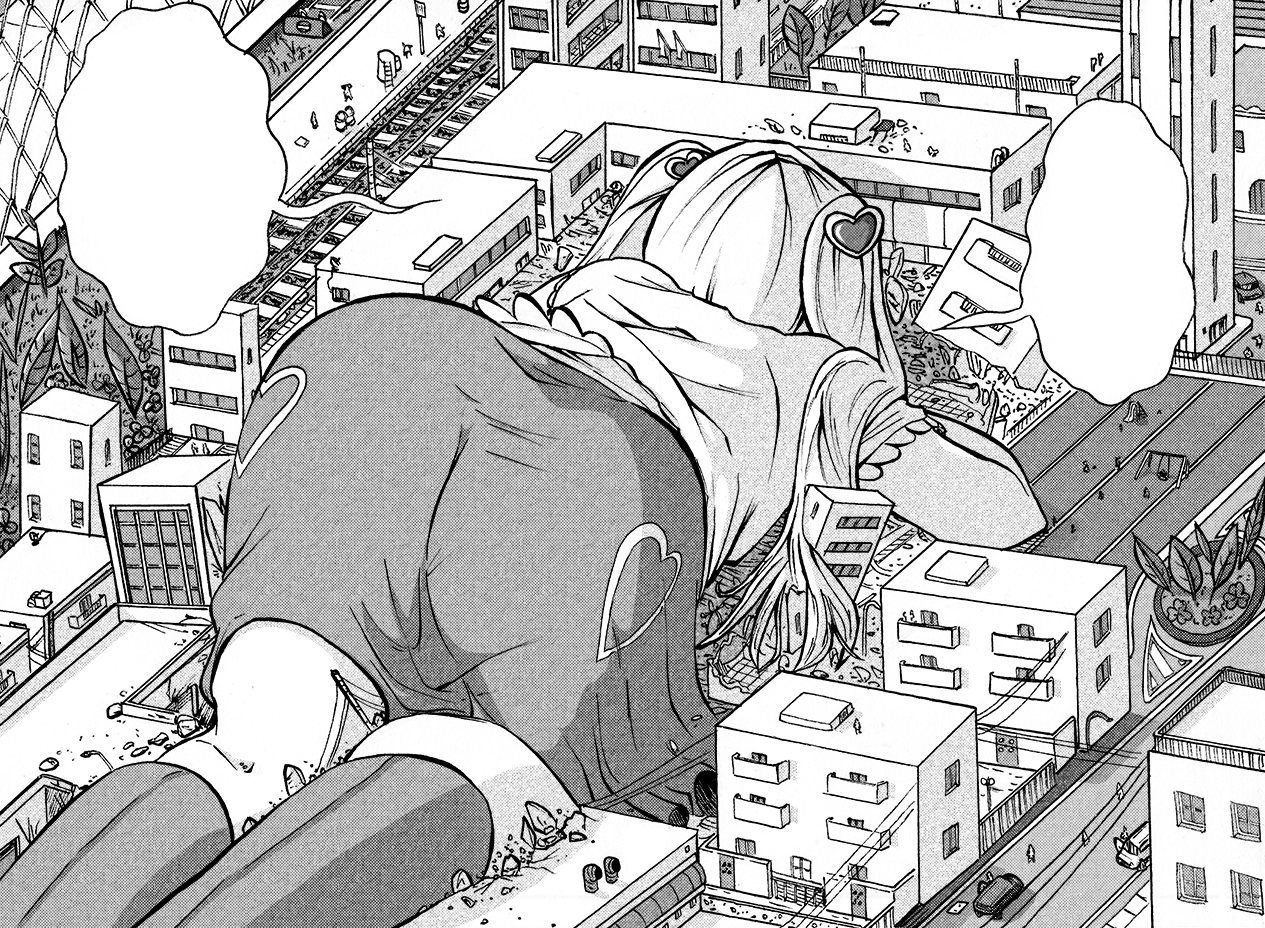 View of a typical micro-only zone.
Most big cities have several areas that are especially designed to be used by micro people, the so-called micro-only zones, where everything (buildings, streets, etc.) is small enough to be used by a half-inch tall person without problems. Buying a house, or even studying in a school or university, within a micro-only zone is pretty expensive though, and medium-sized towns only have one or two such areas anyway, which means the great majority of small people is forced to live in the big part of the town—especially if they are born into a normal-sized family.